No Such Thing as an Accident?

Accidents happen. It’s a common refrain that we’ve all been told. Accidents cannot be anticipated, predicted or avoided. When something happens at work, we say there was an accident – someone was hurt in an unforeseeable, unpreventable event. But are these events truly accidents? Unwelcome – yes. Unfortunate – of course. But an accident? 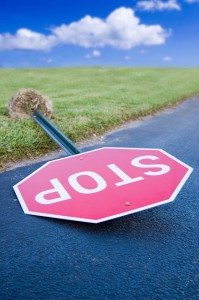 Col. Mike Mullane would say no. A former NASA astronaut and current safety educator, he would point to the Challenger and Columbia space shuttle disasters as well-known examples of workplace accidents that are not accidents. Instead, he would say these incidents are representative of a much more prevalent workplace phenomenon: predictable surprises.

Predictable surprises are loosely defined as incidents that can be reasonably anticipated and prevented. In the high profile case of the Columbia and Challenger shuttle disasters, the root cause of the shuttle failures had been observed in previous flights. In addition to this, the type of failure observed in both cases had been categorized previously as a critical failure, and the prescribed response should have been to ground all flights until the issue was addressed. However, this didn’t happen. For a variety of reasons related to the situational context of the time, these warning signs were minimized, resulting in two separate catastrophic shuttle failures.

Hindsight is always 20/20. In hindsight, we can usually identify what should have been done differently. The real question is, what circumstances led up to the wrong decision being made? What was the context that resulted in a nurse being struck by a dementia care patient? Why did a care aide sustain a back injury transferring a resident? How did a maintenance worker slip on a wet floor? It’s very seldom that we look at these types of incidents and say that there was nothing that could have been done to prevent it.

If these incidents are predictable and preventable, then why do they occur? It’s probably safe to assume that most people do not generally go to work with the intention of hurting themselves and/or others. So why does it happen?

One potential culprit is the normalization of deviance. In simple terms, normalization of deviance describes the slow creep that happens when taking safety shortcuts becomes the norm. It occurs because we are tempted to take shortcuts. Maybe we’re tired, and lifting with proper technique seems like too much effort. Maybe we’re short-staffed, so we perform a one-person transfer when we should have two people. Maybe the lift is located down the hall and we feel time-pressed, so we transfer someone who needs a lift without it. Maybe we were told by a more senior person that we didn’t really need to follow all those pre-transfer checks. The first time, and likely the second, third, fourth, and fifth times, we take a shortcut, nothing bad happens. The lack of immediate, negative feedback reinforces the inaccurate perception that the shortcut will not create any problems.

This phenomenon is not just experienced on an individual level – it is experienced at an organizational level as well. An organization may have policies on communicating information on potentially aggressive residents, but that policy may be improperly communicated, overridden, or not enforced. When faced with time and funding pressures, managers may feel it’s easier to “let things slide” in practice than monitor and enforce policy. In these scenarios, situational pressures tempt the organization into ignoring its own best practices. Without intervention, the shortcut becomes the norm. This process repeats until either a negative outcome occurs (e.g. someone is hurt or has a near-miss), or someone proactively identifies and addresses the deviance.

In occupational health and safety, we talk about creating a “culture of safety”. We do so, in part, to guard against this creep – to ensure that the shortcut does not become the norm. Creating a culture of safety requires many working pieces to come together. It needs leadership – both at a management and frontline level. It needs clear procedures that are grounded in best-practices and constantly refined. It needs open communication throughout all levels of the organization to identify trouble spots and gaps before they lead to predictable surprises. It needs individual and organizational accountability.

But most of all, it needs courage. The courage to ask questions, to seek feedback, and to identify complex problems that don’t have easy solutions. Empowerment, self-leadership, responsibility, and accountability are the cornerstones of creating safer workplaces. These may seem like lofty ideals, but they are grounded in individual action.

May 4th – 10th marks the 2014 North American Occupational Safety and Health Week (NAOSH). One of the initiatives leading up to NAOSH Week asks people to post online who they are being safe for. This NAOSH Week, we’d like to challenge you to go one further and ask not just who you’re being safe for, but what single change you will make this year to promote occupational health and safety in your organization. What will you do to combat the normalization of deviance in your workplace?

What will you do to make a change for the better?

For more information on NAOSH Week and how your organization can take part, visit http://www.naosh.ca/english/