SafeCare BC: Overview of Bill 9 (Workers Compensation Amendment Act): May 27, 2015 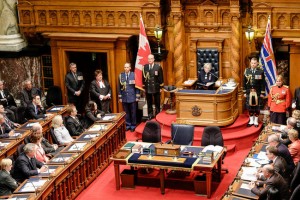 On May 14, 2015 the BC Government passed Bill 9 (Workers Compensation Amendment Act, 2015)[1], which expands WorkSafe BC’s powers to deal with non-compliance as well as increase an employers’ obligations with respect to work place health and safety. This has important implications for SafeCare BC members.

In particular, the amendments expand WorkSafeBC’s ability to encourage compliance with safety regulations, expedite investigation of workplace incidents and to issue stop work orders where unsafe conditions present a risk to workers. The legislation also permits WorkSafeBC to seek a court injunction to prohibit the worst employer offenders from continuing to operate in an industry when they ignore WorkSafeBC orders and continue to use unsafe practices.[2]

The impetus for the changes to the Act stem primarily from sawmill explosions that occurred in 2012 in Burns Lake and Prince George which killed four people.[3] Following the explosions, WorkSafe BC Administrator, Gord Macatee, in his July 1, 2014 WorkSafeBC Review and Action Plan recommended 43 amendments to the Workers Compensation Act.[4] On July 15, 2014 Shirley Bond, Minister of Jobs, Tourism and Skills Training and Minister Responsible for Labour, and the board of directors of WorkSafeBC accepted all 43 recommendations, 12 of which required consideration of legislative changes. Bill 9 seeks to complete the implementation of Macatee’s recommendations.[5]

In summary, the legislation has four specific objectives, including: 1) Providing a range of new safety enforcement tools; 2) Shortening the process for finalizing financial penalties to improve their effectiveness as an enforcement tool; 3) Ensuring timely employer investigations of workplace incidents and reports; 4) Enhancing workplace safety expertise on the WorkSafeBC board of directors.[6] The increased powers to WorkSafeBC to deal with non-complying employers include:

In response to a WorkSafeBC inspection, the WorkSafe BC Board and Employer may voluntarily enter a “Compliance Agreement”. A Compliance Agreement describes what actions the employer agrees to take within a stated time frame. The agreement may be rescinded by the Board if it isn’t fulfilled or if it no longer adequately protects the health or safety of workers. As outlined earlier, WorkSafeBC may impose an administrative penalty of no more than $1,000 when satisfied “on the balance of probabilities” that the employer failed to comply with a provision or regulation.[10]

In light of the amendments, operators or care facilities and staff should familiarize themselves with the new regulatory requirements and revise their internal incident investigation policies as necessary. SafeCare BC is also looking at further ways to educate its members on Bill 9 through its various workshops and training sessions.

Want to learn more about Bill 9? Check out our Resources page for helpful forms and links.

[8] As per section 173of the Act, (1) an employer must immediately undertake an investigation into the cause of any accident or other incident that (a) is required to be reported by section 172, (b) resulted in injury to a worker requiring medical treatment, (c) did not involve injury to a worker, or involved only minor injury not requiring medical treatment, but had a potential for causing serious injury to a worker, or (d) was an incident required by regulation to be investigated. (2) Subsection (1) does not apply in case of a vehicle accident occurring on a public street or highway.